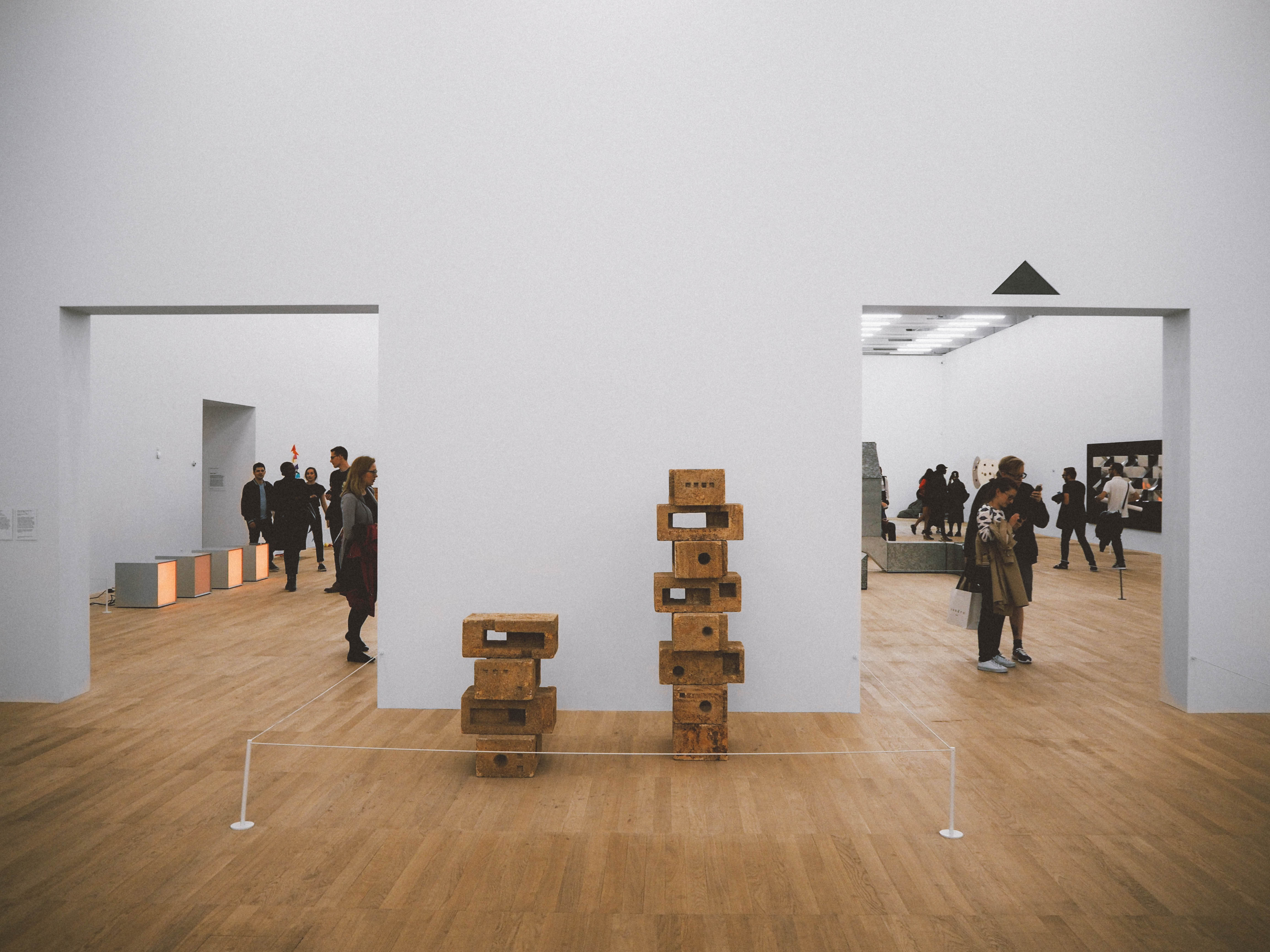 Posted at 20:35h in culture by Grace Cain

Southwark, London. On one side, the Shard slices into the sky like broken glass through a rag; on the other, the Globe Theatre, a reconstruction of Shakespeare’s original playhouse, takes audiences back in time (for only £5, if you don’t mind standing). Tourists, students, businessmen swarm by the river to drink in one of the pubs, or else eat something irresistible from the nearby Borough Market. Everywhere, there are selfie sticks and fold-out maps and sugar-hyped school kids. 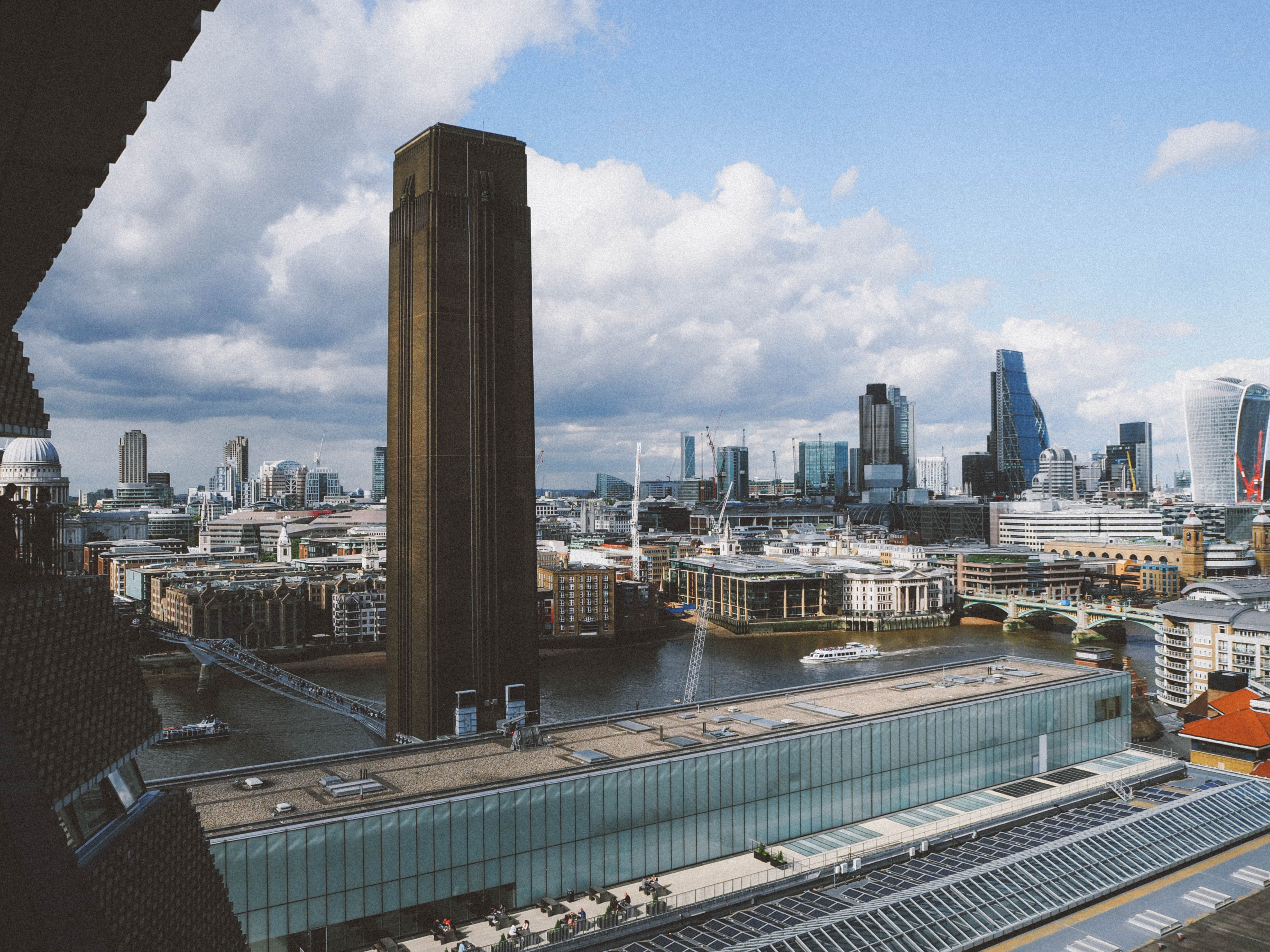 There is also an old power station, solid and imposing, which is now home to one of the largest collections of modern and contemporary art in the world – the Tate Modern. First redeveloped by Swiss architects Herzog and de Meuron in 2000, the transformation of industrial power station to stylish gallery sparked a regeneration of the entire Bankside area. Artfully minimalistic penthouses, offices and overpriced sandwich shops began popping up like daffodils in the spring.

But, apparently, the people behind the Tate Modern aren’t done yet, opening an extension earlier this year which has allowed a greater variety of art to go on display – as well as leaving room for even more in the future. 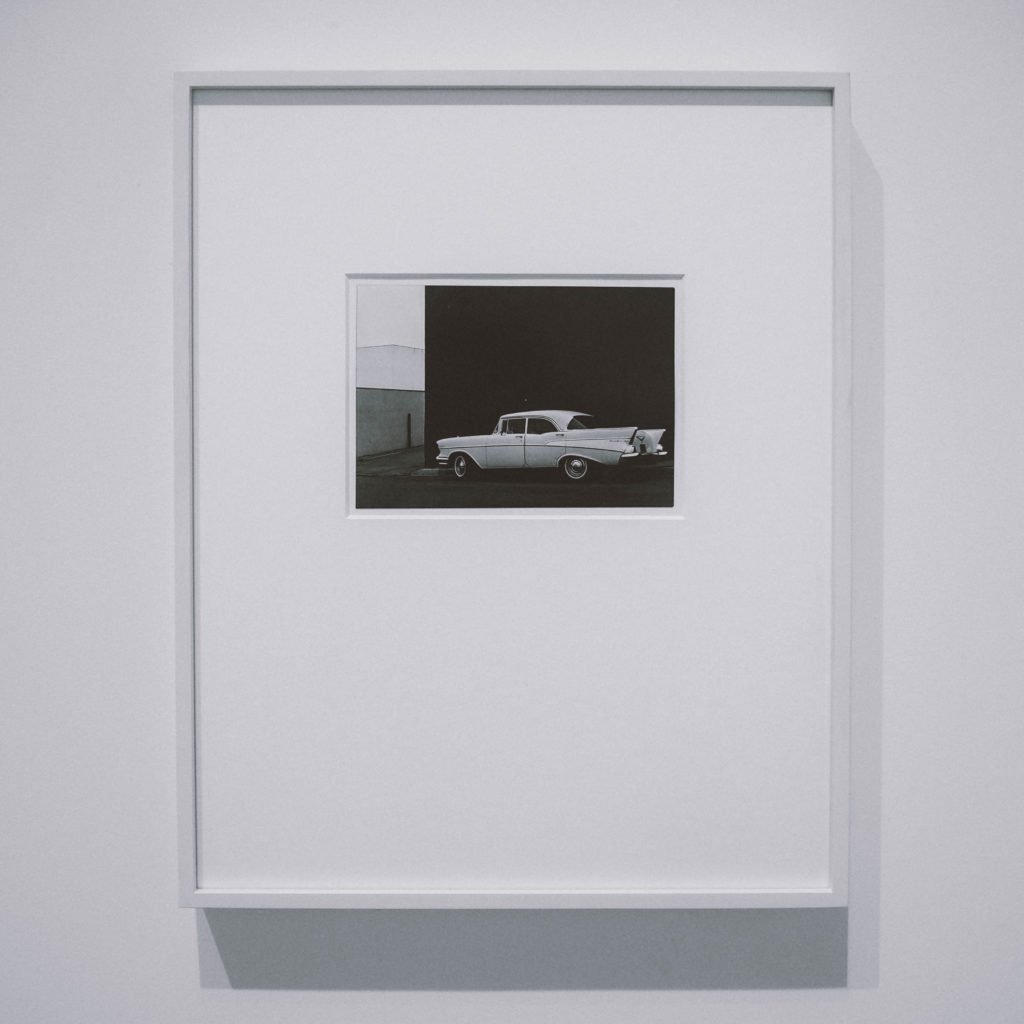 I’d read about (and seen almost a thousand filtered photos of) the new developments at London’s favourite modern art gallery, so on one sunny Saturday I wandered down to the river to explore all of the changes at the New Tate Modern, including that already-iconic addition – the Switch House. 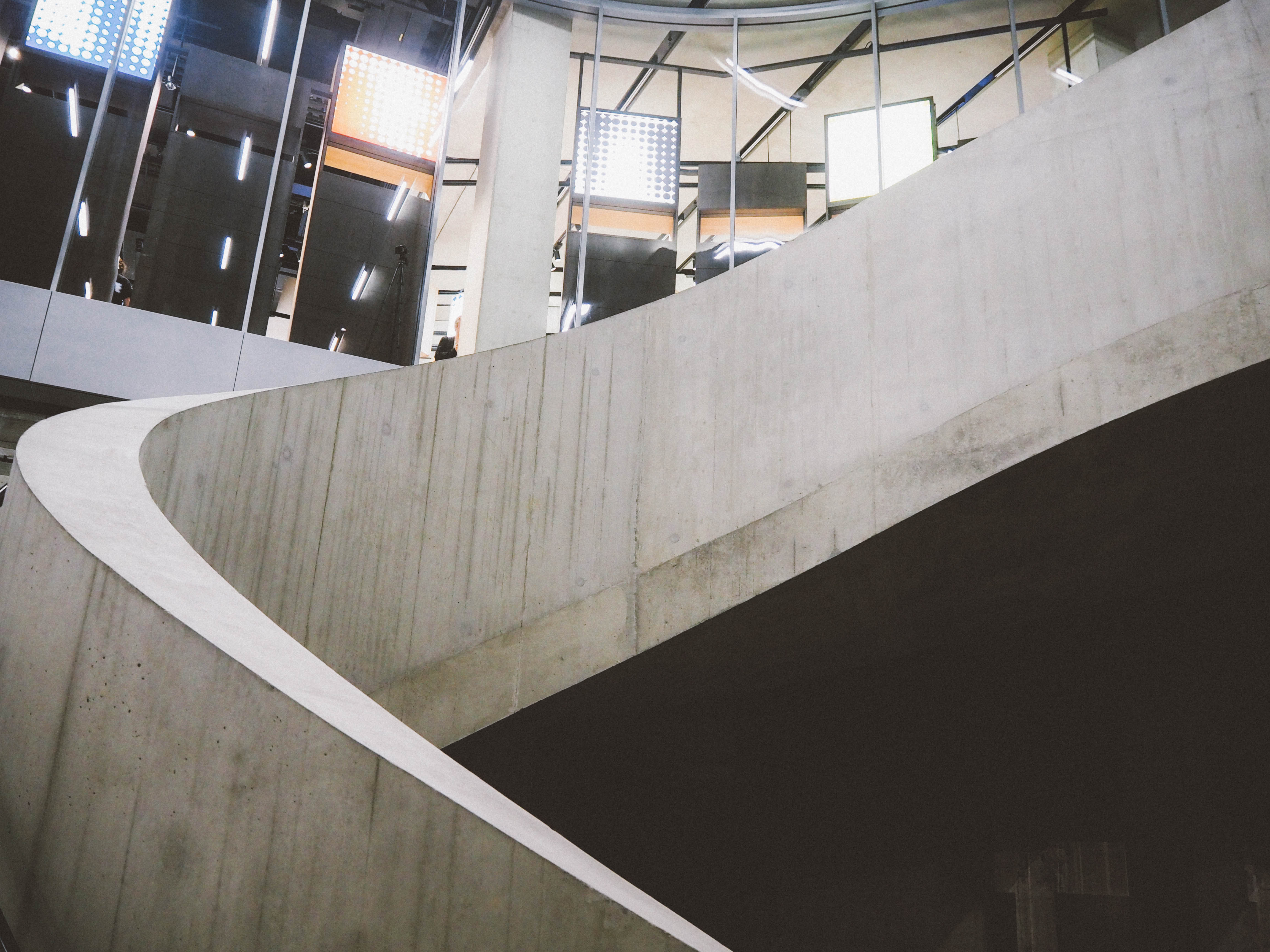 First opened to the public back in June, the extension means an extra 60% of space for a museum that continues to grow dramatically in popularity. Named for the former electrical substation around which the galleries are constructed, the Switch House is the creation of Herzog and de Meuron; the same architects that, twenty years ago, won the original competition to transform Giles Gilbert Scott’s power station into London’s most innovative art museum. 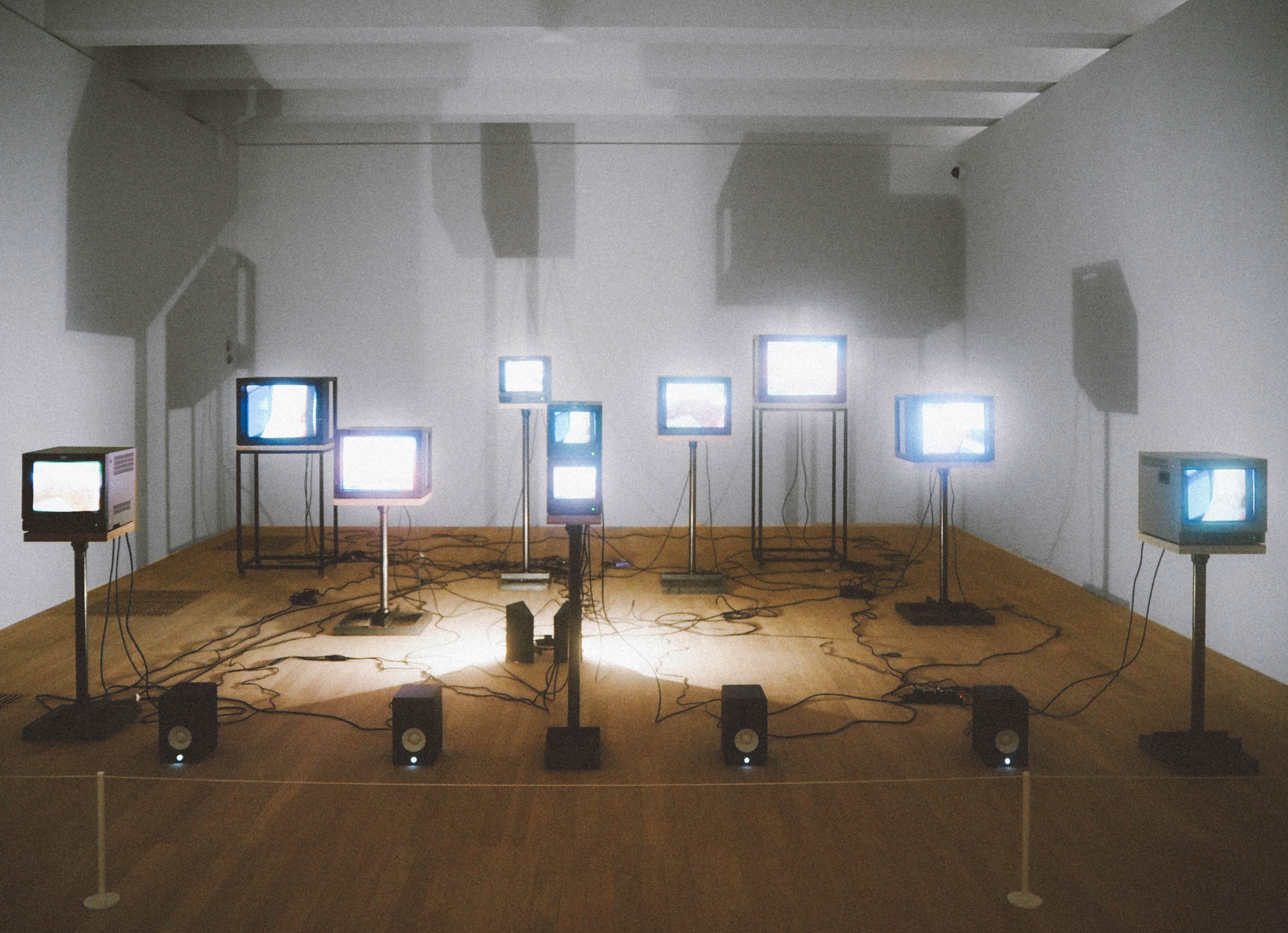 Whilst the Switch House is the most obvious slice of newness in the big concrete cake that is the Tate Modern, it’s not the only thing that’s different in the world’s most visited museum of modern and contemporary art. All of the art work in the permanent collection has been rearranged, the layout of the existing galleries totally redesigned to seamlessly compliment the most recent additions. 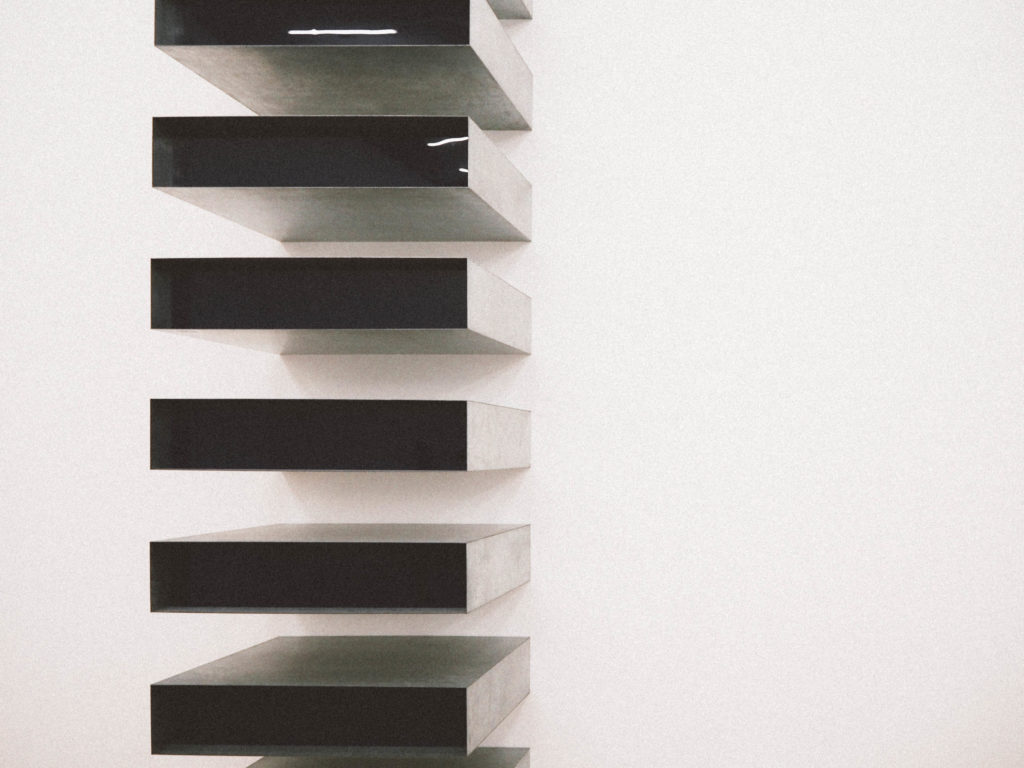 The Switch House erupts from the ground in a knitted mesh of brick, twisting unmistakable towards the sky. The heavy, impenetrable construction initially feels like an odd juxtaposition with the value that the Tate places on openness and publically accessible art, the solid brick a stark contrast with the glass-walled buildings that line the surrounding area. However, inside the space feels surprisingly bright and airy, with slits in the façade allowing the light to filter in during the day, and out during the night. Designed to match the brickwork of the original power station, the new building strikes the perfect balance between fluidity and power, opacity and illumination. 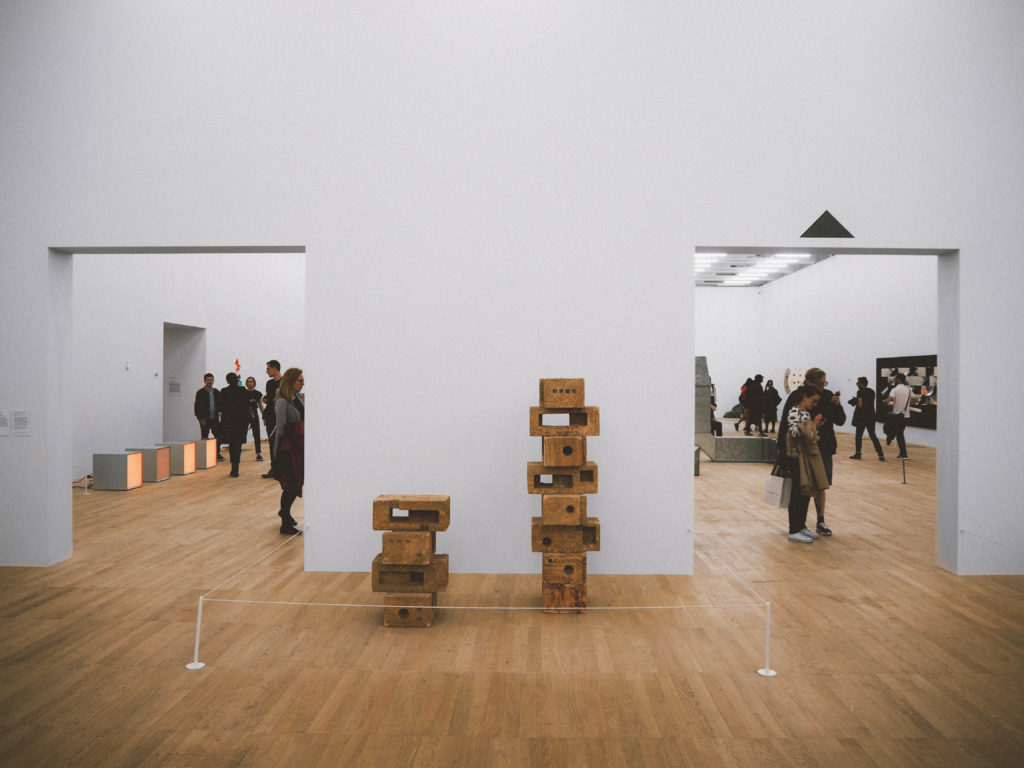 At the foundation of the new construction lies The Tanks. Once used to store oil when the galleries were a power station, The Tanks are now a space for creativity, a generator of new ideas, talents and possibilities. Raw and industrial, these are the first galleries permanently dedicated to live art, performance, installation and film. 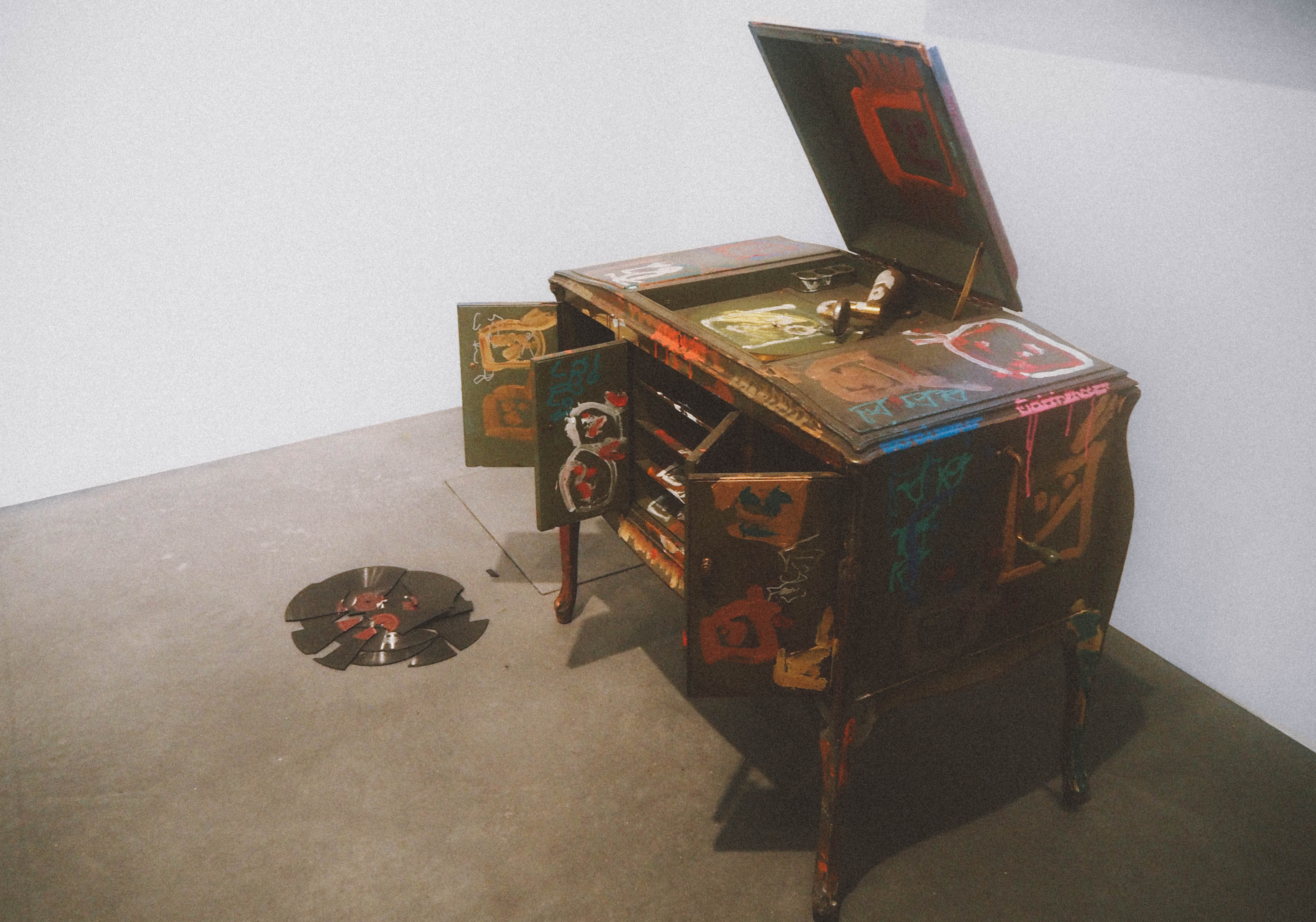 The first space I wander into – windowless and grey, more comforting than it sounds – is in this subterranean gallery space, a space dedicated to what is called ‘Active Sculpture.” That is to say, the sculpture isn’t active – you are. The way in which one moves around these works – the ever-evolving relationship between space, sculpture and spectator – serve to give the pieces their meaning. They cannot function as they were intended without you – it’s your presence that transforms these things into works of art. We’re used to seeing art at a tentative distance, fortified by vaguely cautionary velvet ropes and low metal fences, or else placed high out of reach on a distant plinth. The cool thing about this type of art is that it is meant to be walked through and around, lived rather than viewed. 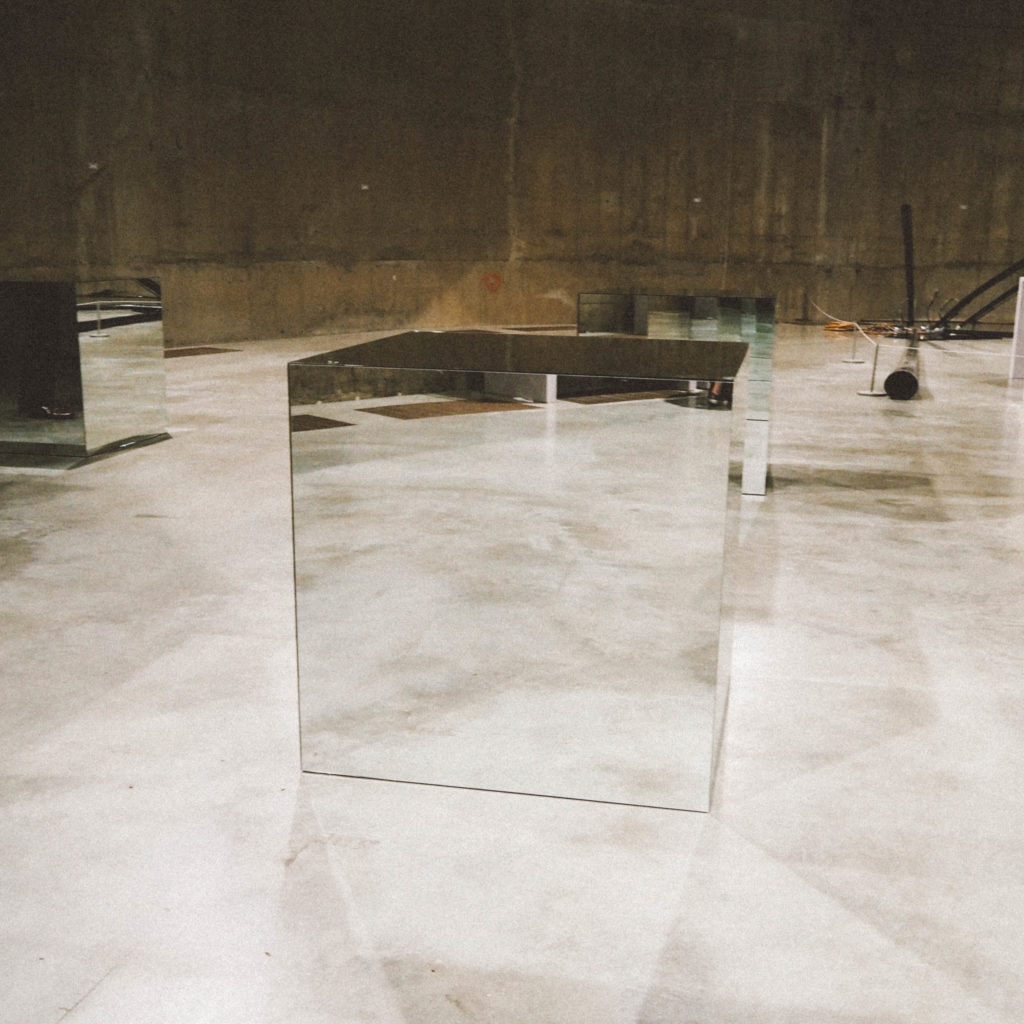 So approach one of the four mirrored cubes that make up Robert Morris’ Untitled 1965 and your image becomes part of the sculpture. Walk in and out of the doors that make up Charlotte Posenenske’s Revolving Vane, and you continually reshape the sculpture. Mix up the painted wooden structures that come together in Rasheed Araeen’s Zero to Infinity and you become part of a process that is both creative and destructive. You, spectator and participant, work with and against each of these pieces – in the same way that the architectural design of The Tanks works with and against the artworks it houses. 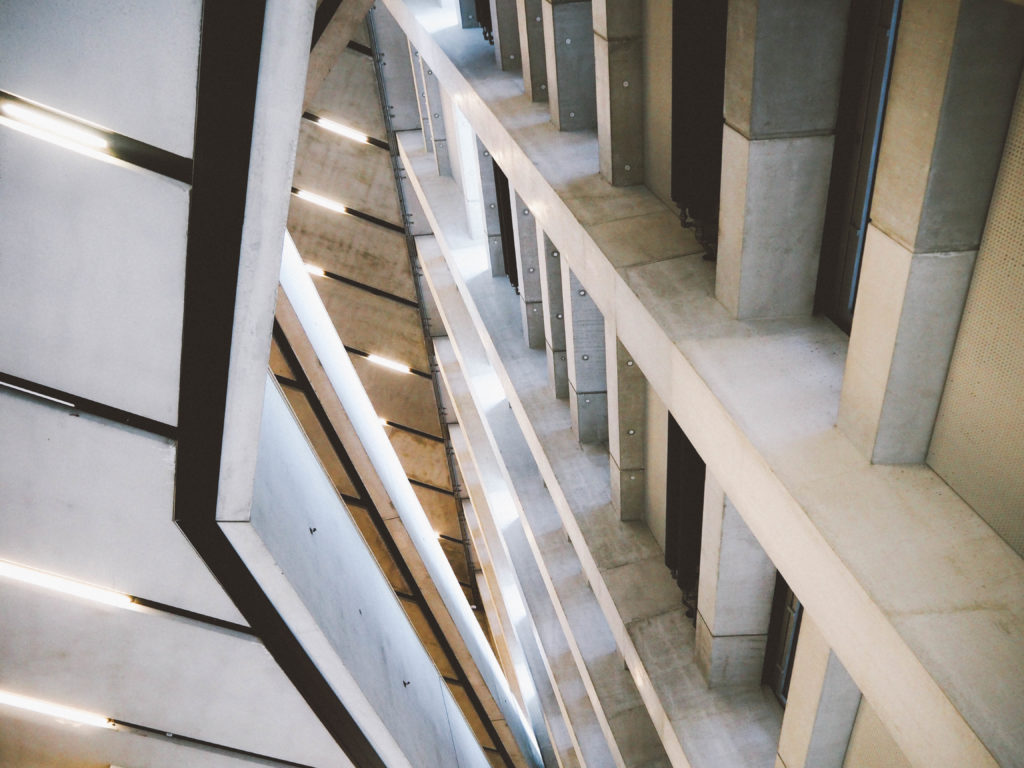 Begin to move up the ten storeys that make up the Switch House, and you’ll soon find evidence for the claim that the Tate Modern is leading the way in developing a global, gender-balanced vision of art in contemporary society. The permanent collection features 800 works from over 300 artists from over 50 countries. Over half of the solo displays are dedicated to the work of female artists, including Louise Bougeois. It’s a vast improvement on the male/female ratios at play when the Tate Modern first opened over 15 years ago, when only 17% of the art on display was by women. 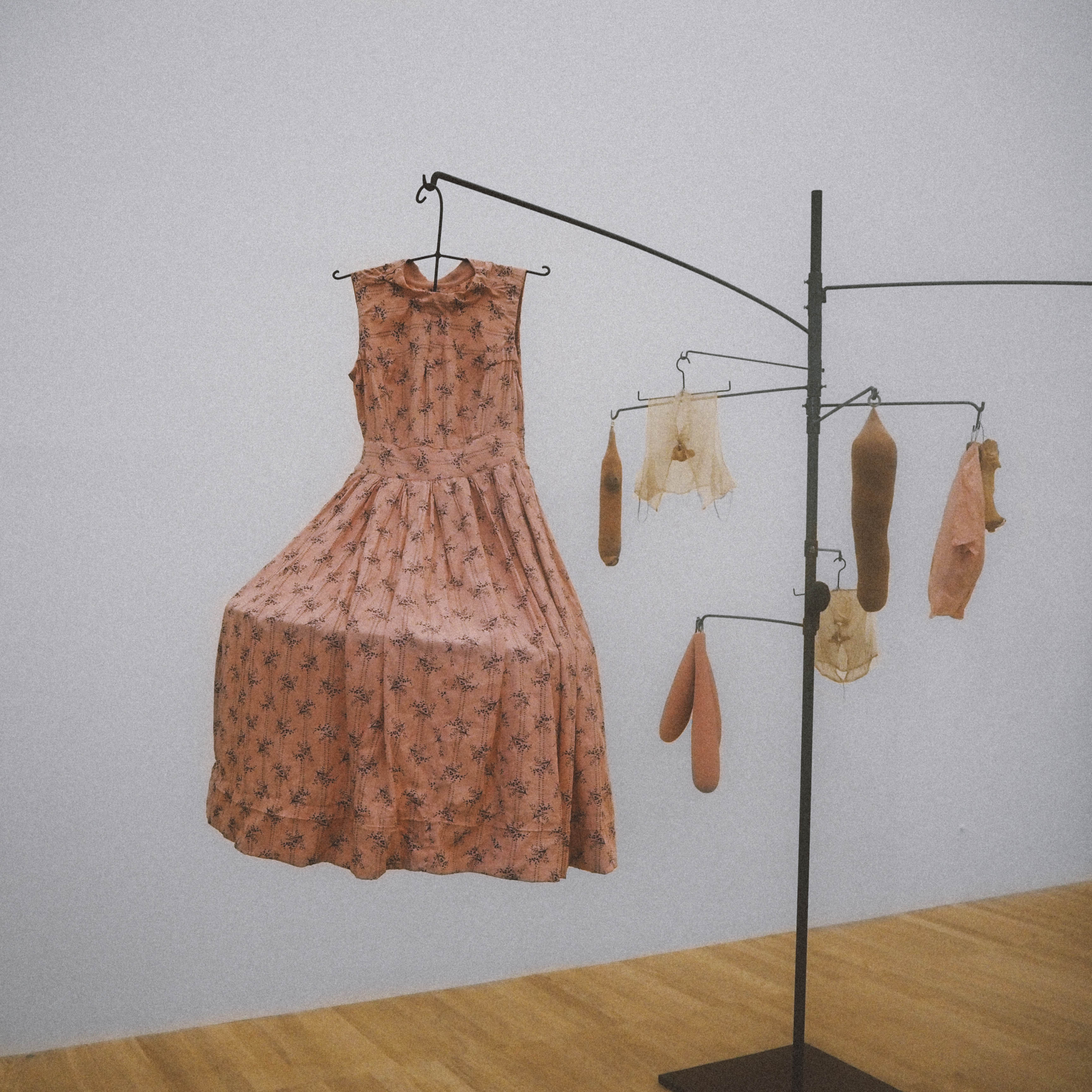 Bridges at the first and fourth floor connect the Switch House to the existing galleries, which are now known as the Boiler House. The architects wanted the new building and the old building to “function as a single organism,” and in this they succeed. The Switch House does not feel like a random add on, a conservatory tacked onto the back of a house – it feels like a natural growth, a concrete shoot blooming of its own accord. 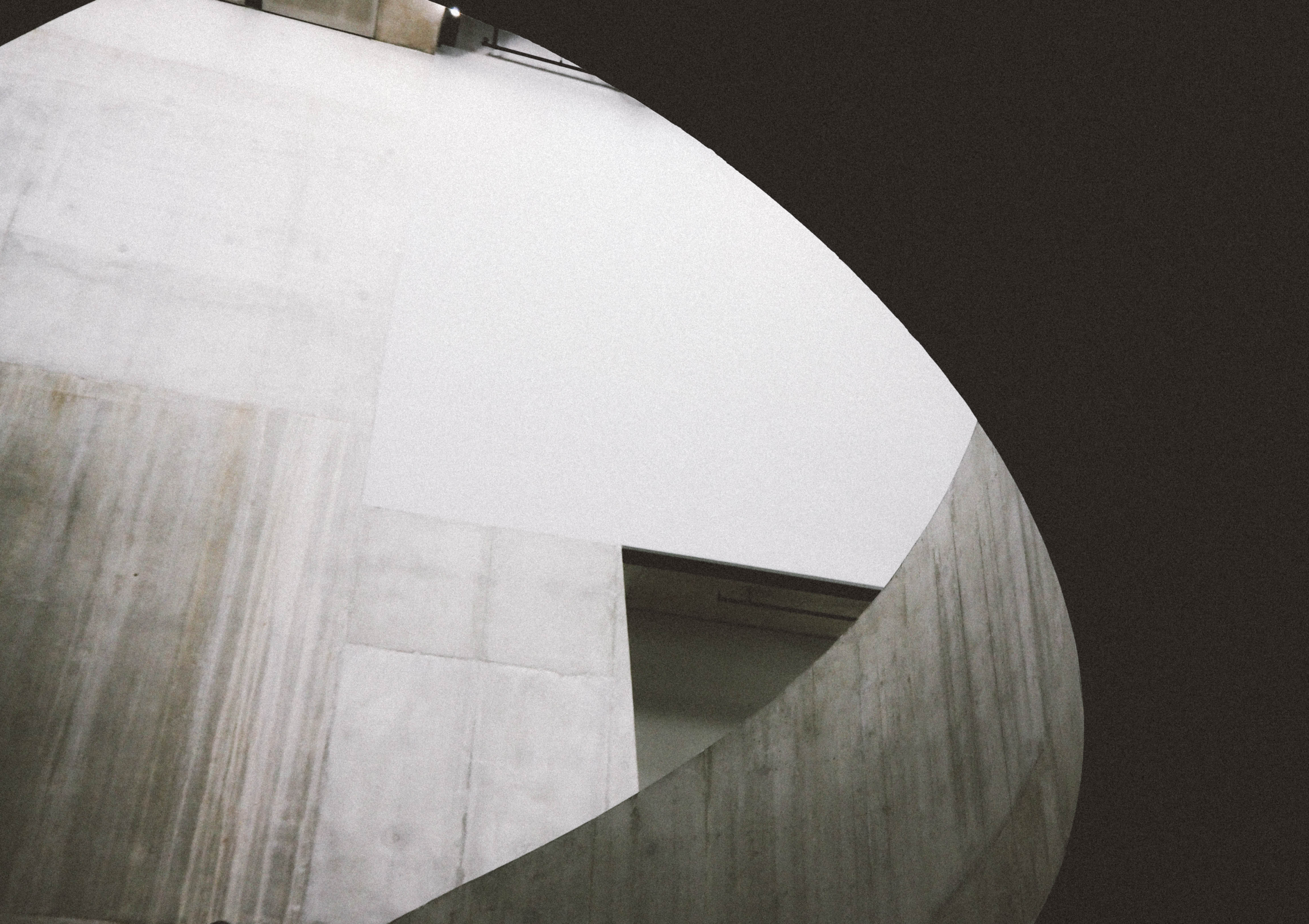 The upper levels are dedicated to educational spaces, offices, a restaurant and a new members’ room, as well as the Tate Exchange for workshops and events. A large portion of the inner space is left invitingly empty, ideal for wandering around, exploring and (best of all) people watching, because often the way people react to art is more entertaining than the art itself. Herzog himself described the architects’ desire to “create the kind of public spaces you find in nature, where you sit under a tree or rock…it should be like a cathedral, with these smaller areas where you can be in a more intimate side section, but feel part of a bigger whole.” 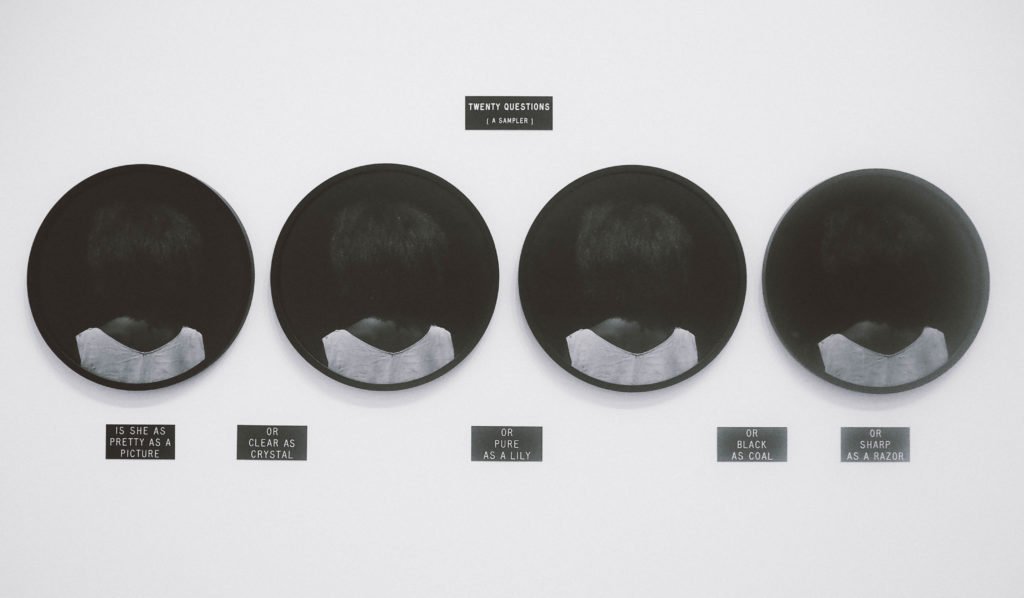 The crust of the Switch House is a viewing gallery. A slit in the side of the twisting construction, it allows you to walk around and look out at the city on its own terms, rather than from the sky-high glass-fronted pedestals that the viewing platforms in buildings like the Shard and the Walkie Talkie provide. Just as the new Tate Modern opens art to its visitors and encourages us to immerse ourselves within its presence, so does this top floor remind us that we are not only viewing the city – we are immersed within it.  Our presence changes the way it functions, just as it changes the way those Active Sculptures in The Tanks function.

Plus – if I wasn’t being all arty and keen and annoying – I’d say it’s just a nice view, and it’s free. You don’t even have to look at the exhibits, if it’s not your thing. The point of the building is that it’s open to anyone, whatever you want to do in there (within reason, obviously; don’t start running around naked or anything because people might think you are a piece of contemporary performance art, and no-one wants to be tagged in that photo). 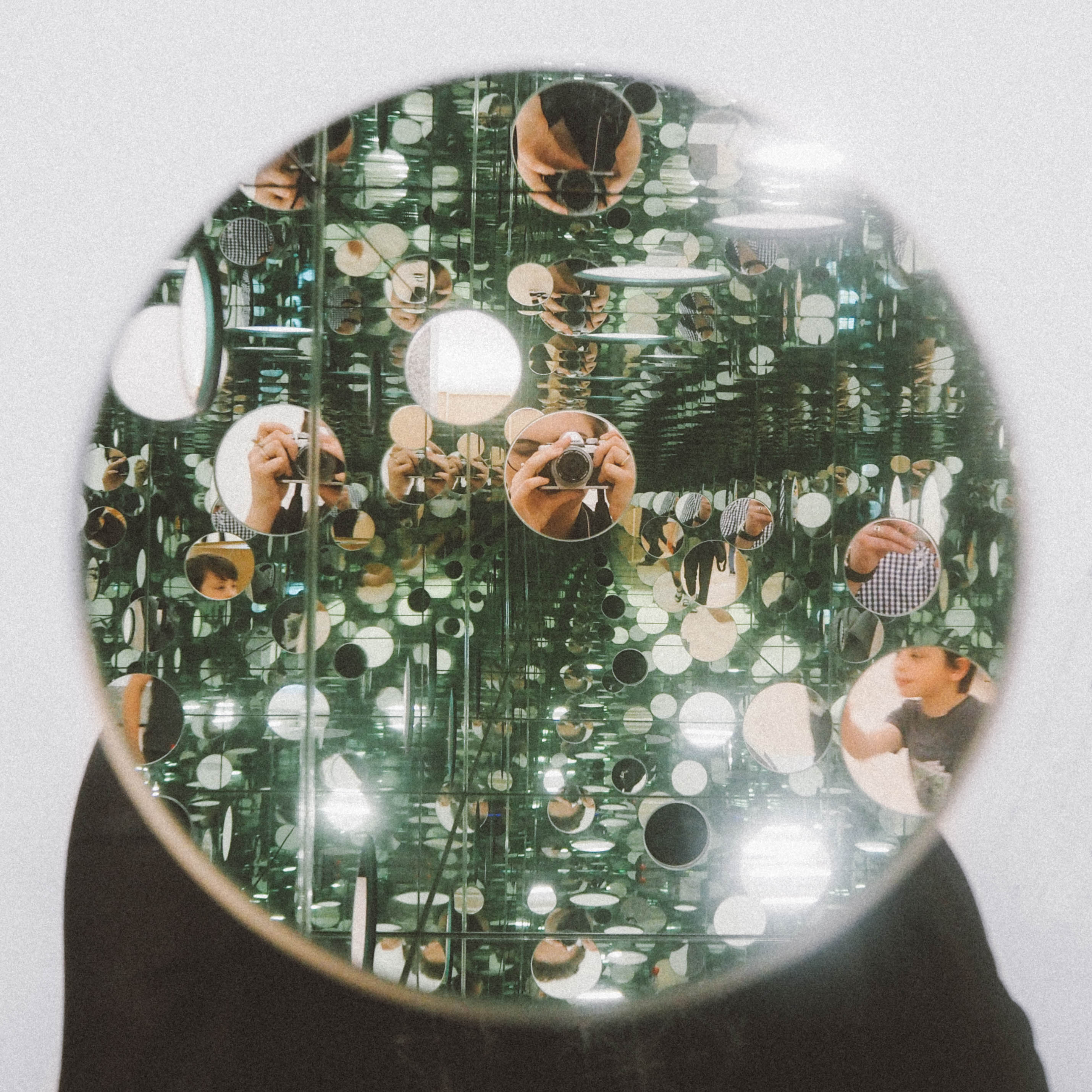 But that’s what I liked best about the New Tate Modern – the galleries have always been about opening up art to all, but this new development seems to build on that idea even further.  Whether you’re a modern art scholar, an interested amateur, or just bored with some time to kill on a Saturday afternoon, the New Tate Modern seems to say – hey, come in. And that’s just how art should always be. 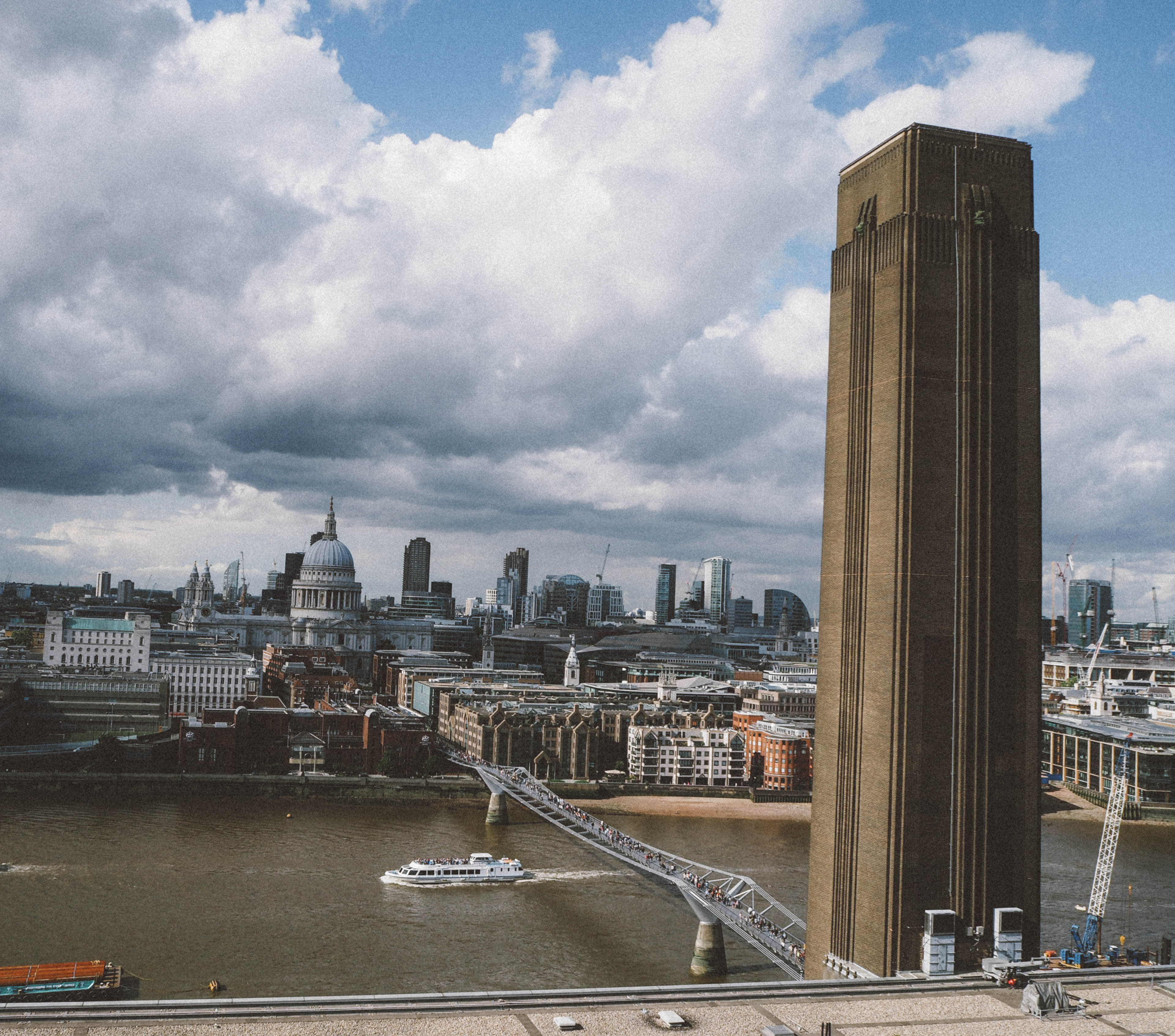