Posted at 14:31h in fashion by Grace Cain 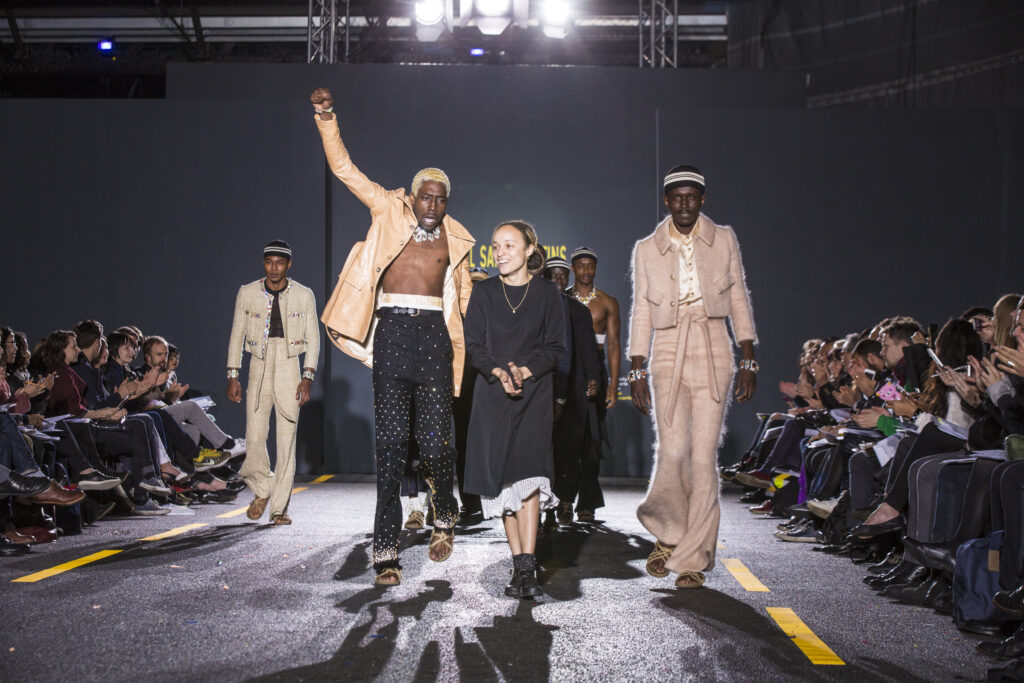 As someone who has recently completed a degree of their own (oh yes, that’s me, a graduate), I feel a certain affinity with the Central Saint Martins’ BA class of 2014. The difference is that all I had to do was sit down with a glass of wine and write, while they had to design an create an entire fashion collection.

Central Saint Martins is famous for discovering and cultivating fashion talent — think Alexander McQueen, Christopher Kane, Stella McCartney — and its annual showcase of the BA Fashion students’ collections is widely considered to be a strong indicator of fashion’s future. However, there was a sombre overtone to this year’s proceedings, which were dedicated to the memory of the late professor Louise Wilson of the school’s world-renowned MA fashion programme.

Wilson harboured notoriously high expectations for her students, and this year’s graduates were evidently keen to meet them. Trends emerged throughout the forty collections, most notably a tendency towards gender-bending ambiguity. The biggest accolade — the L’Oreal Professionel Talent Award — went to Grace Wales-Bonner and her seventies-inspired menswear collection. Wales-Bonner described her vision as “a hybrid of Nigerian street culture and European style,” telling Time Out London: “I was looking at Lagos in the ‘70s and the idea of a turning point in black expression where the camera was turned on the black person not through a Western lens – basically, black people taking ownership of their representation. Through music, through blaxploitation films, through art.”

That seventies influence shone through in every flare and every high-waisted silhouette. Chanel-esque bouclé jackets and touches of sparkle merged with leather and denim in traditionally androgynous silhouettes, with sporty details punctuating classic tailoring.

Womenswear designer Asai Andrew Ta came in second, while Fiona O’Neill’s vivid collection earned her third place. Click through to meet them and the other graduate designer’s whose creations make them ones to watch.