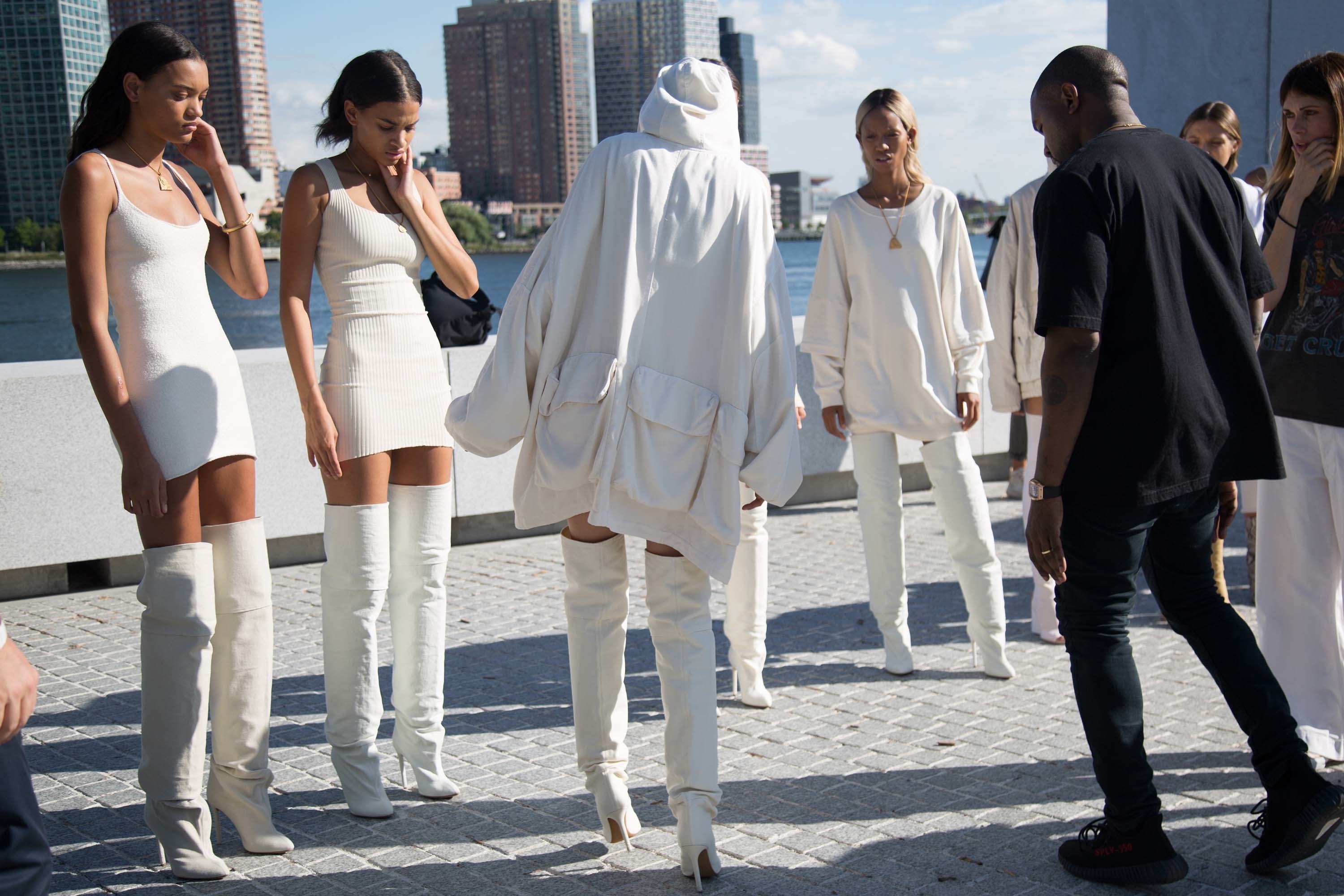 11 Sep All The Weirdness of Yeezy Season 4

Posted at 10:17h in fashion by Grace Cain

what’s going on with kanye lol 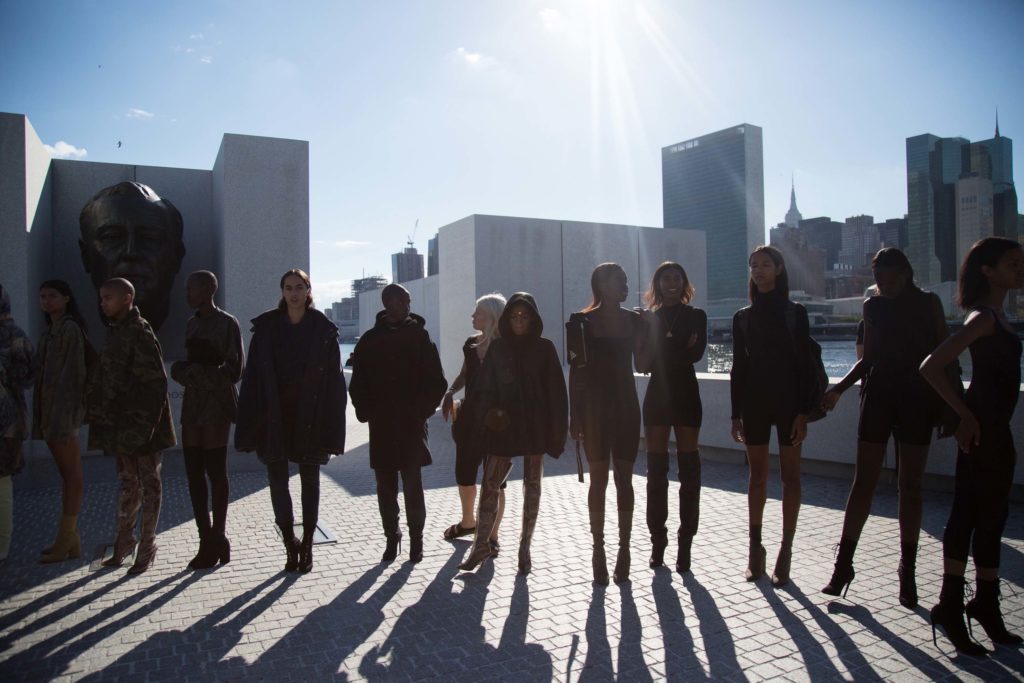 Honestly? If I’d been at Kanye West’s Yeezy Season 4 show, I would have been seriously pissed. All accounts suggest that ‘bad timing’ was the buzzword of the day, from the moment the event began with a shuttle bus ferrying guests from west Manhattan to Roosevelt Island — a cross-city journey of over an hour. Then, there was another delay of an hour and 40 minutes (in 30 degree) heat while everyone waited for Kim and Kendall to arrive.

So, no, I can’t say that I’m devastated to have missed out on an invite (lol). I am not a patient woman and I dislike buses. But hey, at least you could buy a Yeezy Season 4 t-shirt, a cute souvenir for $75. 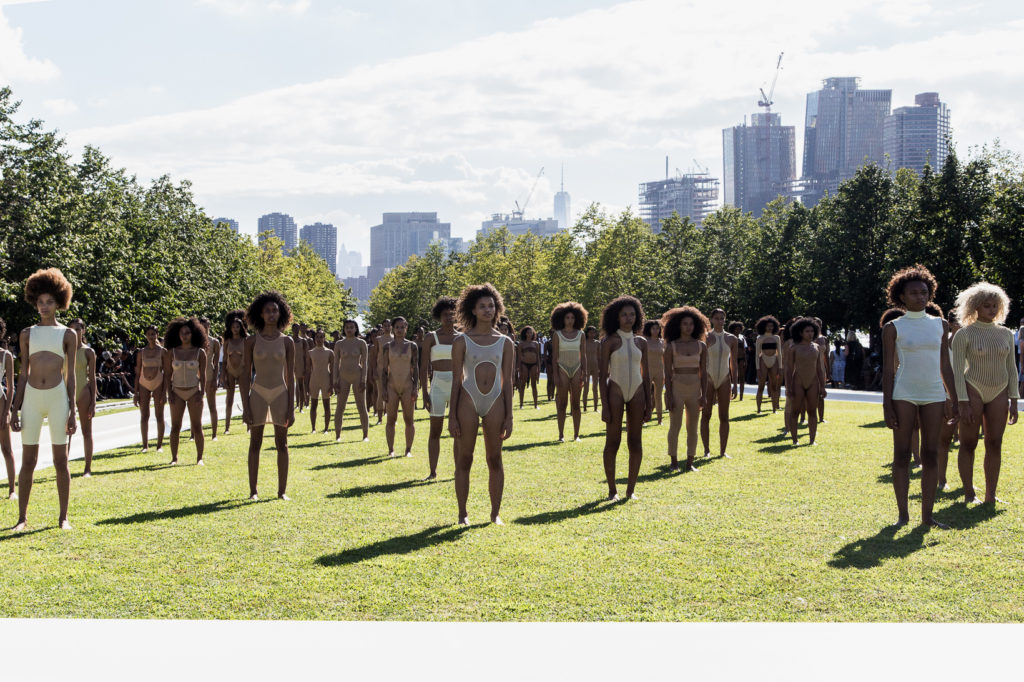 The show itself came in the form of another Kanye-collab with Italian conceptual artist Vanessa Beecroft, and involved hundreds of models in stretchy, spanx-like outfits arranged military-like in the middle of the runway. They stood for more than two hours in uncomfortably muggy conditions, and eventually started fainting. I can only guess how many had drooped by the time the show itself began with an army of Kanye’s parkas, hoodies and thigh-high boots.

The Franklin D. Roosevelt Four Freedoms Park is a space that is laden with political and social meaning. It’s named for the four freedoms that FDR defined in his 1941 State of the Union: the freedom of speech, the freedom of worship, the freedom of want, and the freedom for fear. It’s powerful stuff, so you have to hope that there was a conscious, informed reasoning behind Kanye’s decision to hold Yeezy Season 4 at this particular location.  Perhaps it’s related to a bitter presidential campaign that has exposed an America that is racially, socially and politically divided. Maybe there’s a #BlackLivesMatter link (West’s casting call for ‘multiracial models’ was mostly met with disapproval, but Kanye explained that he was simply trying to convey “the idea that [we] want all variations of Black”).

Who knows? Who cares? What’s going on? 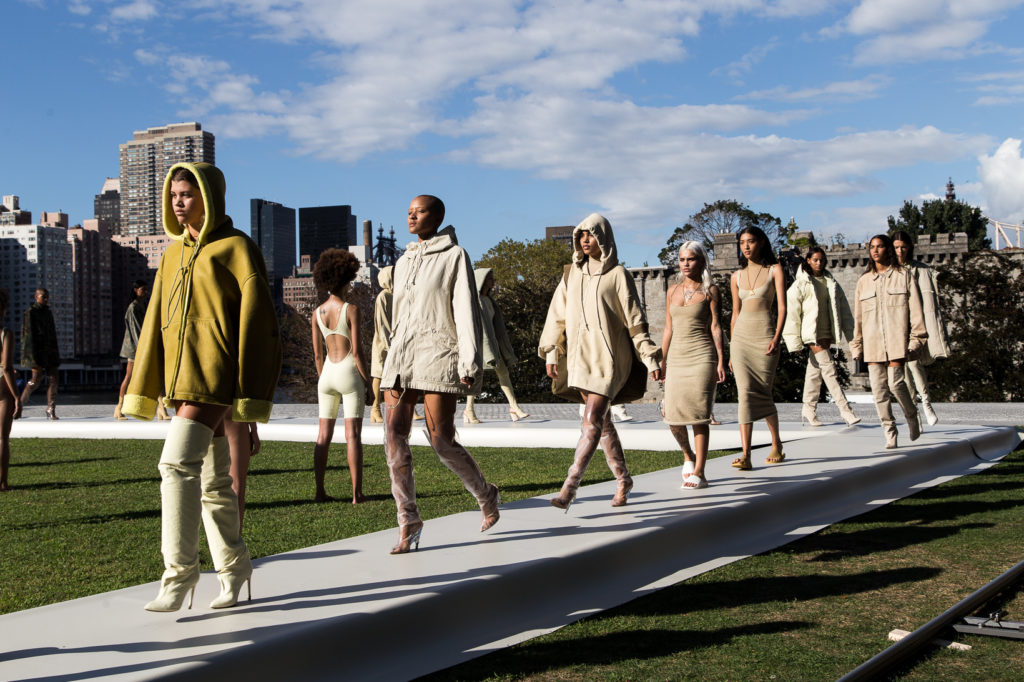 Unfortunately, the clothes themselves weren’t nearly as entertaining as the accounts of the show from people who were actually there. The Yeezy aesthetic remains the same as it ever was, with oversized outerwear and clingy knits alongside athleisurewear inspired bra tops and t-shirts.

Considering both West’s and Beecroft’s taste for controversy, Yeezy Season 4 was disappointingly tame, with disgruntled writers and influencers preoccupied with the frustrating lack of organisation and (one can only imagine) the thought of another bus trip home. It’s fashion, darling. 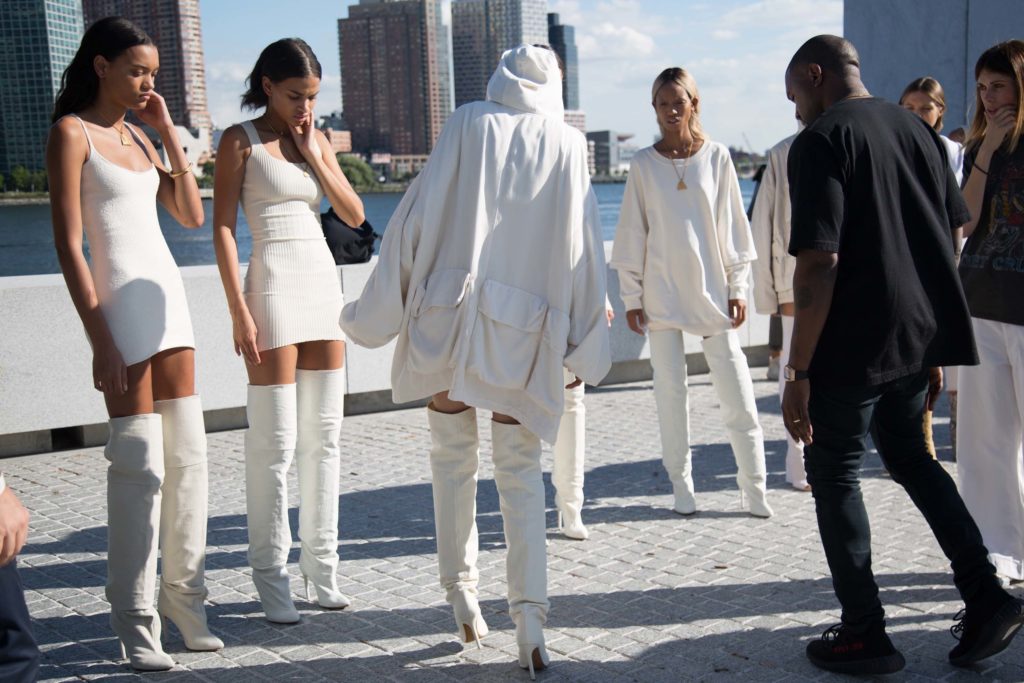